This page is dedicated to the visions, stories, hopes and dreams of the people who have incarnated in this time zone.  Many have moved here to discover or be discovered, write a book, build a healing center. Many came to heal themselves and others. Some have come to meet their tribe again and to fulfill their mission in this lifetime.
This page will feature stories about the extraordinary gifts, talents and extrasensory abilities we share.
Posted 8/21/2013 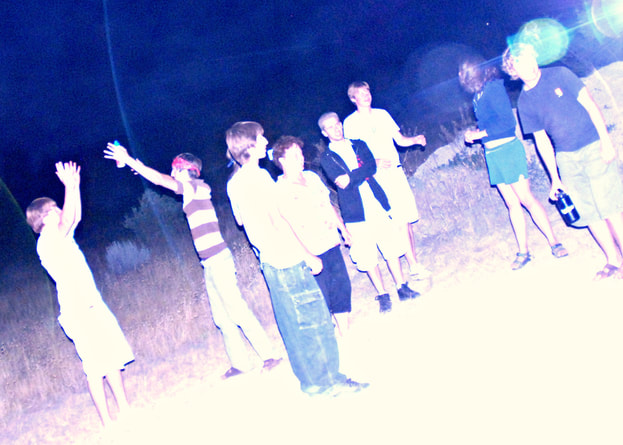 A Select Team incarnated at the same time and in the same place on
Sol Tera 3.
They chose the valley of Helena, Montana in the USA.


This site was within  the Earth Energy Grid Corridor that circles the Planet Earth aka Terra Sol 3. 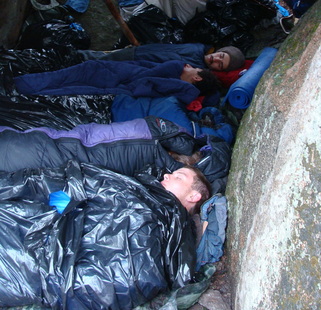 A few dreamed the dream and then fell
​back asleep.
The rest of the tribe receives the
message and arrives
for the Gathering.

PROPHECIES ABOUT THE HEADWATERS OF THE MISSOURI RIVER 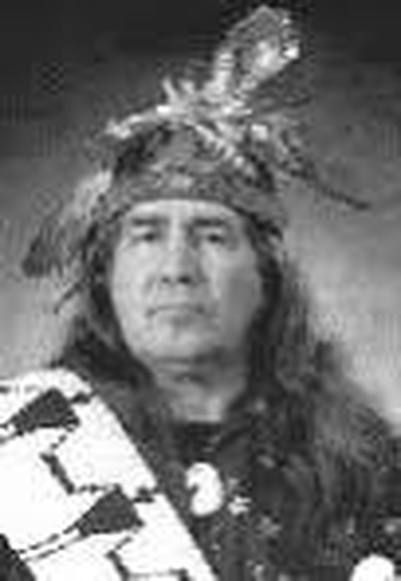 Oren Lyons, Onadagon spokesperson, conducted a conference in Minnesota.  The chiefs, medicine people, movie stars, AIM leaders and other Native Americans had met for over thirty years and this was the first conference that white people had been invited to attend.
I remember Oren Lyon's words so clearly.  A Native woman began speaking about historical trauma.  Oren interrupted her and said  "Get over it...we have a world to save."


The theme of the conference was to prepare the people for earth changes, the changing of the worlds, surviving without technology and joining with the white people and teaching them in order to survive as a human race.
The question was asked, "What happens next?"  A circle formed and a spokesman read the following verse:


The chant continued with a series of instructions for preparing the people for the coming.

Helena is the first city on the Headwaters of  Missouri River.  Leaders have come.  The Dalai  Lama's brother buried a vase on Mt. Helena.  Celio, the Buddhist Holy Man of Southeast Asia came to Helena to teach.


Leon Secatero, spokesperson to the United Nations and Navajo Headman led ceremonies here in Helena.
Leon gave the blanket from the sacred ceremonies to my husband and told him "One of these blankets has never left our reserve in over 836 years.  Take this to Helena, Montana...there will be a city of light there. I come to Helena. "


The Tibetan lamas create sacred  sand paintings at the Holter Museum and in the Capitol Building. 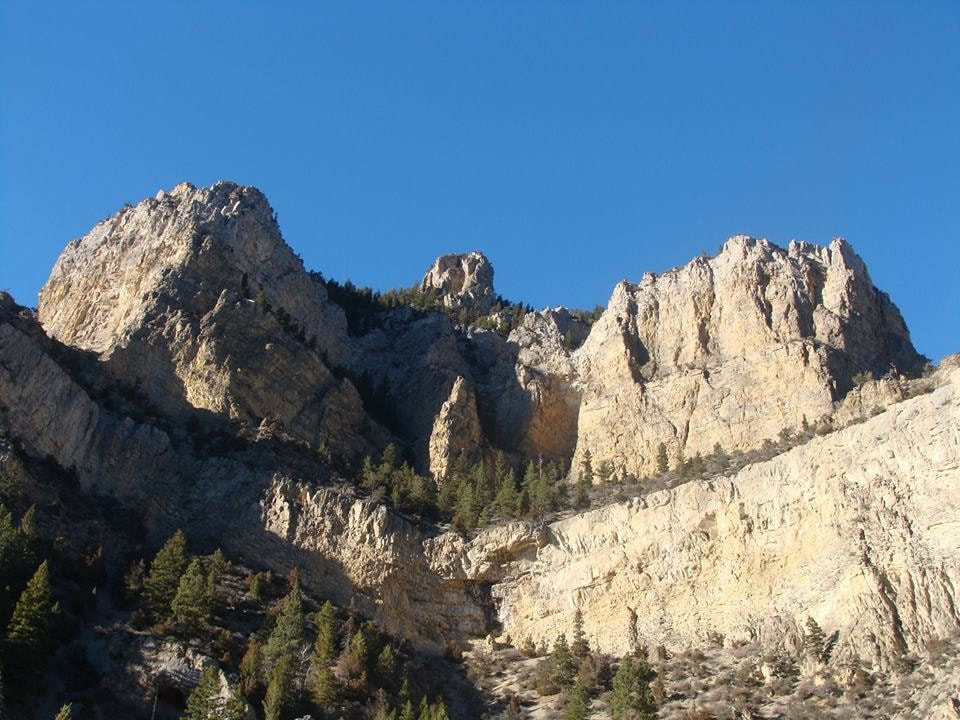 THE SONGS WERE SUNG...THE CEREMONIES AND DANCES TOOK PLACE

GATHERING TO VISUALIZE THE CITY OF LIGHT 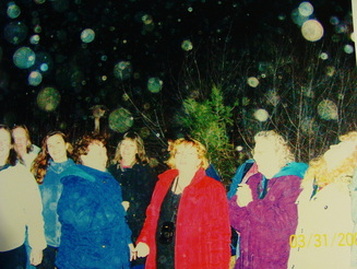 At the gathering to dream and visualize the future City of Light which many have prophesied will be built in Helena Montana, blue orbs fill the sky.

With the assistance of Patrick Marsolek's incredible voice, we made a Hemi-Sync CD titled City of Light to assist people to induce an altered state.
Learn more about Hemi-Sync at:
http://www.monroeinstitute.org/

While listening to this CD explorers often have an experience similar to a Shamanic Journey in which they interact in a future timeline they intuitively know is located in Helena.
A group of twelve women were given the CD to listen to for a month and then we came together at our home for a group "City of Light" journey to view a possible future timeline.
We accessed group mind in the Quantum Matrix by drinking ITZ, the trans-linguistic fluid.  In my early twenties I had read about this mysterious substance when I was typing translations of the ancient Mayan texts. Homeopathic dosages are extremely effective. No hallucinogenic substances were used.

Twelve women drank ITZ and then laid down with our heads forming a circle around a central crystal. The drum synchronized our minds and we journeyed forward in time to the City of Light over Helena.  When we returned to our bodies we drew graphic images of our  visions on card stock in order to construct a model of this future city. My plan was to lay out the card stock like a mosaic placing each tile in place. However, many of the drawings depicted the same constructs so we stacked up the card stock as well as laid them side-by-side.

STORIES OF THE GATHERING 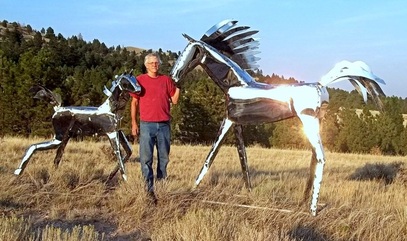 August 22,1995 my husband Bill woke up, stood up on the bed and announced, "I had a dream...we are moving to Montana. And so the adventure began.
I called my sister, who lives on the east coast, to share the news but before I could get a word out she informed me that her husband had another dream last night about living in Montana.

At that time I owned my own consulting company and so I went to work utterly perplexed. A young CNA approached me in the Nurse's station surrounded by the entire crew. The Aide began with,
"I understand you teach classes on lucid dreaming."  I confirmed her statement as I had just finished  teaching a class at Central Washington State University on Lucid Dreaming. "Then explain this,"  she continued, "my husband had a dream last night.  He says we have to move to Montana of all places."

Bill and I drove to Montana, purchased 20 acres in Deep Creek Canyon just south of Helena, and returned to the Dome to pack up our earthly goods. We received a phone call from a friend who was sending over a woman to pick up a book I had borrowed. When the woman arrived she was accompanied by her husband...a huge..I mean huge... black man.  He stood in the center of the geodesic dome, turned 360 degrees in a circle, and announced in a low loud voice, "I heard you were moving to Montana, did you have that dream?"
I pointed to Bill.  "He did."  I said in a small quiet voice.
"On August 22?" he queried.
"Yes, that was the date. I am sure of it because it was the night of my birthday which is the 21st,"
I answered.
"Well, where in the ______ is the place?"  the huge man boomed.  "You see, I had this dream we had to get to Montana.  I drove back and forth and back and forth across Montana five times but I could not find the place.  Where is it?"
"You have to get off the freeway and go north," Bill showed the man and his wife photographs of the cathedral, the capital building and Last Chance Gulch in Helena.  "This is where we are moving."
"That is the place," the visitor sighed...literally sighed. "When the time comes I"ll be there."


The following morning my sister called again.  Her husband had another dream about arriving in Montana at our place and finding a very large black man and his tiny black wife there.  "Do you know anyone who is
that huge?" she asked.
The final order of business before we could leave Washington was a speaking engagement.  As I finished many members of the audience rushed forward with questions and comments.  One tall man grew impatient and from the back of the crowd loudly asked, "You turned down our offer because you said you were moving to Montana.  Did you have that dream last August?  I dreamed we were living in Montana and my son had the same dream."
Bill arranged a gathering at the Dome before we left town.  The dreamers and their families came.  Just as we began the conversation there was a knock on the door.  A young, shy man entered and asked..."is this where the meeting is about moving to Montana?  You see, I had this dream in August.  I saw a map so I brought it with me."  He rolled out a large map of Montana.  Pointing to Helena, he continued, "In my dream a voice said that I must live withing forty miles of a place called Helena."

Five men, that we know of, had the same dream the same night...August 22,1995 about a future time where they were compelled to be living near Helena, Montana, in the USA.
MANY DREAMERS HAVE ALREADY ARRIVED AND SET UP CAMP 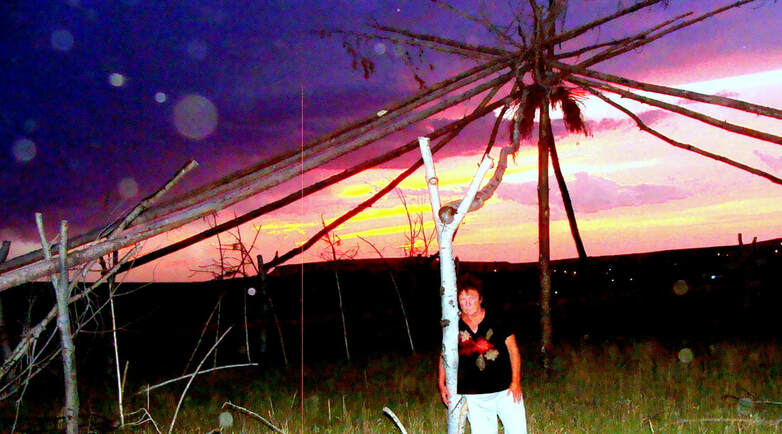 ​​​COPYRIGHTED BY JULIE RYDER 2011 THROUGH 2019
Proudly powered by Weebly