The Star Nation Language appears in the crystal skulls, orb photos, crop circles, holograms of pure light, cymatic symbols and ancient pictographs all over the world.

On August 12, 2003 a time tunnel/torus/wormhole/stargate portal opened above my head while visiting an energy vortex site in Oregon. I heard a harmonic high frequency sound while my husband, Bill, photographed the light forms.  The three photographs above are in sequence.

The Philadelphia Experiment which breached the fabric of the time-space continuum transpired on
August 12, 1943.

Every twenty years on August 12 the time tunnel opens which accesses a portal to a stargate.
See the book The Montauk Project Experiments in Time by Preston B. Nichols.

August 12th is also the UN International Day of Space Flight honoring the first orbit around the earth on August 12, 1961 by Yuri Gagarin,  a Soviet pilot and cosmonaut.

​"The Oregon Vortex is a spherical field of force, half above the ground and half below the ground. The word "vortex" simply means a whirlpool of force, like a whirling mass of water. Especially one in which a force of suction operates such as a whirlpool or a whirling mass of air or one in the form of a visible column or spiral such as a tornado.
​
A vortex, essentially a whirlpool of force, is the basic form of our universe. From our galaxy, whose vortex form we see as the countless suns of the Milky Way, throughout the gravitational vortex of our solar system, down to the vortex of an atom, the vortex form recurs throughout our world structure. The Phenomena that gives The Oregon Vortex its name are evident throughout the entire area."  http://www.oregonvortex.com/science.htm 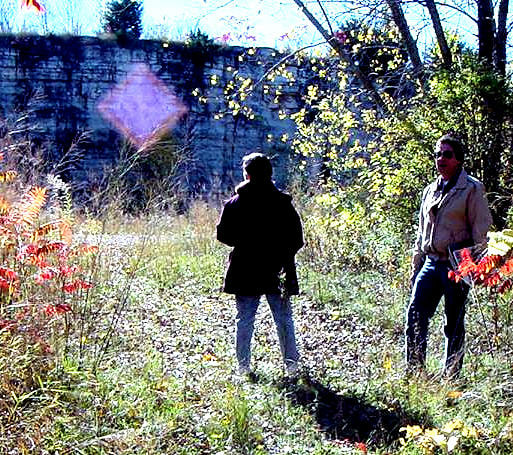 Mary Sutherland commented: "Here is that orb that is like yours Julie - This goes to show all this type of orb is real and not a fluke of the camera."
​
​According to Albert Einstein’s General Theory of Relativity, it is possible to bend space using a gravitational pull by using these places to acquire and harness those extra amounts of energy, warp the distances and thus attain a burst of speed in a direction of where we want to go. According to another thought process, “whenever there is an energy emission from a higher dimension or a higher plane, the energy emission would be in form of Vortices, so Vortices and Gateways are the same thing”. Since wormholes are theoretically located all across the universe, could similar gateways be used for traveling across the universe.
http://subharanjangupta.wordpress.com/2011/08/01/earth-energy-grid-portals-and-other-mysterious-places-2/
My friend, Alfred Webre, describes time travel in this way:
“The time-space hologram we inhabit as Earthling humans is composed of multiple timelines. Time travel and teleportation are methods by which intelligent civilizations navigate the dimensional ecology of both the Exopolitical dimensions (the multiverse) and the spiritual dimensions of the Omniverse. Teleportation consists of point-to-point movement across a single timeline. Time travel consists of movement across more than one timeline.”
Webre, Alfred Lambremont (2014-03-19). The Dimensional Ecology of the Omniverse
(p. 17 - 18). Universe Books. Kindle Edition. www.dimensionalecology.com 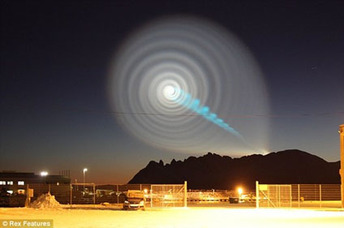 A stargate opening occurred over the early morning skies of Norway on December 9, 2009  the very  day before Barrack Obama was to receive the Nobel Peace Prize in Oslo.

http://www.miraclesandinspiration.com/blog_2-5-10.html
"One way to cross the tremendous distances of space would be to alter the structure of space itself. This could be accomplished by modifying the space-time geometric matrix...through the modification of frequencies controlling the matter-antimatter cycles.  These [cycles]  control our perception of things existing in apparent space-time.  Einstein's premise is that  time is a geometric concept;  therefore, if this could be altered, then all of the universe would become available to us at any single moment."  David Hatcher Childress, Anti-gravity and the World Grid, page 129. 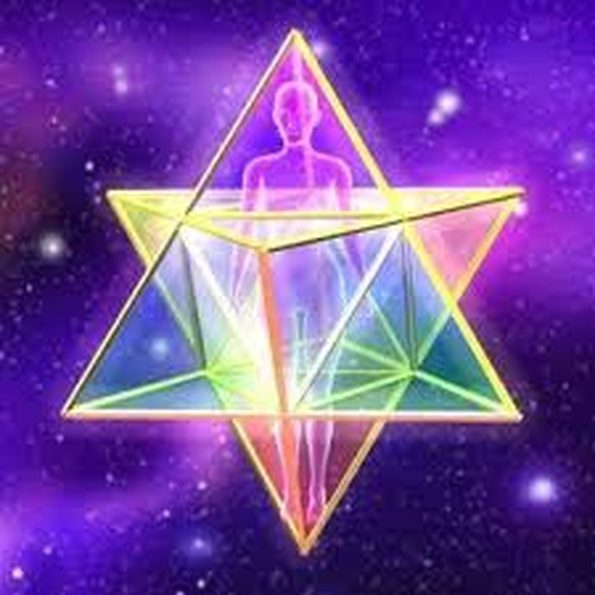 The Star Nation Language is sound frequencies which appear as three- dimensional holograms of specific colors of light. The two- dimensional forms of these sound frequencies are used in sacred geometry, pictographs, and sacred symbols of power.
The Merkaba symbol is actually two intersecting three-dimensional pyramids. In two dimension this symbol is known as the Star Of David.
See more about Cymatic Sound Symbols on the Ancient Pictograph Page.

​On the page Orbs = Crop Circles under the heading: Hexagon Configuration
See the primary symbol of the Star Nation Language shown as:
-- an orb photo
--a cymatic symbol of the note B2
-- in the crystal skull
--produced by the Tibetan Bowls-
--on the north pole of Saturn
--in a crop circle 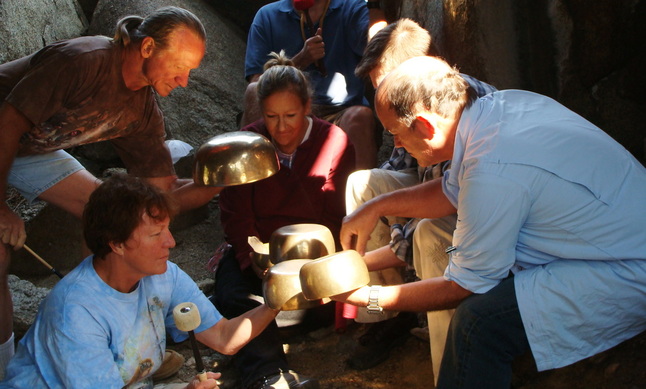 Inside the Whale Dolmen specific frequencies emitted by the Tibetan Bowls form holograms in the Language of the Star Nations.
See Dolmens in Montana Page for photos of the Whale Dolmen.

When will extraterrestrial "disclosure" or contact in the public domain happen?
Alfred Webre wrote  the consummate work on Exopolitics, in fact he coined the word. Exopolitics is the "science of relations among the intelligent civilization in the multi-verse."
I met Alfred years ago at a UFO conference in Wyoming where we hung out in the lobby of my hotel and talked most of the night about disclosure. His personal history is one of the most fascinating stories I have ever downloaded.
http://exopolitics.blogs.com/exopolitics/2013/06/when-will-extraterrestrial-disclosure-or-contact-happen.html
Alfred talks about Dimensional Ecology which is inter-nested dimensions including the 5th, 6th 7th and more dimensions.  The third dimension which we occupy is a time-space hologram composed of multiple time lines manufactured by a higher intelligence entity we call SOURCE.  The goal of 3-D existence is to integrate spirit and matter in an arena we create. In higher dimensions the design factor is light and love.
On Mount Adams, Alfred made an announcement about 2012 and the Golden age.  He spoke about the shift to a positive time line.    http://www.youtube.com/watch?v=LvI-3K4Odz8

The former Minister of Defense of Canada recently went public. Paul Hellyer announced that he was the first cabinet member of the G-8 to state that UFO's are as real as the airplanes flying over head.
http://www.youtube.com/watch?v=JDuqZbjxB_E

The Russian Prime Minister made a similar announcement on September 13, 2013.

In his latest article on the blog Divine Cosmos titled  Secret Space Program Livestream TONIGHT!  David Wilcock explains, "QUITE A MIND-EXPANDING BODY OF INFORMATION.  Extraterrestrials have been visiting and settling on Earth for millions of years. Functional portals have existed on earth, both natural and artificial, allowing ETs to visit earth humans at various times. These legends have since become myths of phenomena like "fairy rings".
Our own people have had alliances with various ET groups for millennia -- but up until the 20th century it was only a one-way street. They visited us but would not bring us home."
http://divinecosmos.com/start-here/davids-blog/1173-space-program-livestream

David Wilcock has leaked inside information from an Insider that publishes on the web under the the code name of GoodETxSG.  I have read everything I can find regarding his information and find it absolutely fascinating.  GoodETxSG wrote:  " Earth is located in somewhat of a interstellar silk road of travel for beings of all stages of development.  Depending on the time frame the groups have different levels of access to our planet and it's resources."
http://jandeane81.com/threads/5178-Secret-Space-Program-ET-Federation-Delegation-amp-MILAB-quot-Experiencer-quot-G
STAR SEED ORIGINS
Sacred teachings in various Indigenous cultures proclaim their origin from the Star Nations. Many legends tell of interactions with the Star People from specific star constellations.

Egyptian----Orion
Dogan-------Sirius
Hopi----------Lyra
Chippewa--Center of Big Dipper
Cherokee---Pleiades
Ojibwa-------Ursa Major
Algonquin---Ursa Major
Arapaho-----Pleiades
Maya---------Pleiades
According to Alex Collier multiple star systems have contributed to the seeding of Sol System Terra 3
(Planet Earth). The very first EDEN which Collier describes as a type of bio-dome was located on the New Mexico/Arizona border 899,701 years ago. Established by the Ciakar from Alpha Draconis, this settlement was an experimental base which was later abandoned by these hydrogen based star travelers.
http://www.alexcollier.org/alex-collier-history-of-the-galaxy-2002/
I find it interesting that the Holy Grounds where I first experienced the crystal holograms during ceremonies was located close to the New Mexico/Arizona border.
The Secret History of Extraterrestrials
Len Kasten writes about Exopolitics and the Iraq Stargate in a chapter of  his book The Secret History of Extraterrestrials.   This book is by far the best work to date on the subject.  It has become my reference point.  Kasten synthesizes vast amounts of cutting edge information into common language. His book summarizes almost everything about ET contact that I have read for the last 35 years, fills in the blanks, and takes it to a new level. 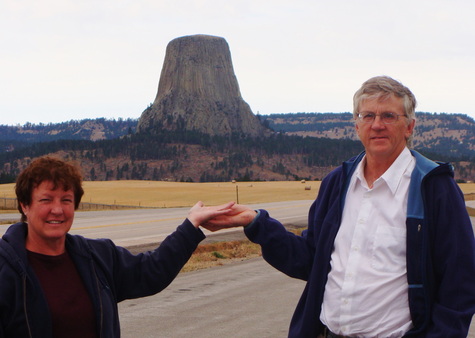 Devil's Tower was made famous in the classic movie Close Encounters of the Third Kind.
We visit sacred sites to experience the energy vortex and honor the guardian spirits of the earth and stars. 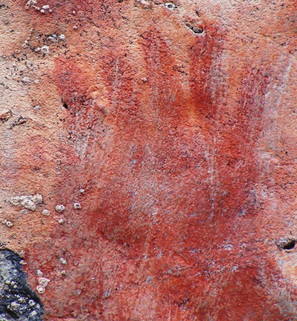 Painted on the limestone wall in the canyon above the Shaman Rock near Helena, Montana is this pictograph of a six fingered right hand. When pictographs are activated with the appropriate ceremonies they allow access to other dimensions and the knowledge contained therein.
In New Mexico I participated in a ceremony to connect with the Star Nations.  Corn meal was laid down on the ground as an offering.  I then approached a similar set of hand prints of a four fingered one and a five fingered one. Following directions, I placed my right hand over the four fingered hand and my left hand over the five fingered hand painting.
I then fitted my right knee into a concave dent and touched my forehead and then my left ear against the warm sandstone wall.

For just a moment it felt as if I was falling forward merging with the wall.  Reflexes took over and I jerked myself backward breaking contact with the hand prints. Sitting on the ground I picked up a stick and started to draw in the sand the information I had received. (See Ancient Pictograph Page)

Masonic temple rituals, handed down from the Egyptian tradition, re-enact going through the veil into an afterlife. After a series on injunctions, including sacred oaths never to reveal the secrets, the petitioner places right knee to the right knee of the Intercessor as the instructions are whispered into the left ear through a simulated veil.  A mantra and a secret name are given as a password into the nether realm.

Navajo Headman, Leon Secatero, taught that all humans are the five-fingered ones and are descended from the TWELVE ORIGINAL ANCESTORS ONLY TWO OF WHICH ARE HUMAN through an advanced technology of genetic engineering.
Star Nation ancestors are three-fingered ones..four-fingered ones and six-fingered ones.
Hugh Newman states  "it is the discoveries in North America that have created the biggest controversy, as there are now at least 1,000 reports of a powerful giant race, some with double-rows of teeth, red-hair, elongated skulls and six fingers and toes, who existed across the continent from at least 8,000 BC."  http://www.megalithomania.co.uk/hughnewman.html
COPYRIGHTED BY JULIE RYDER 2011 THROUGH 2019
Proudly powered by Weebly